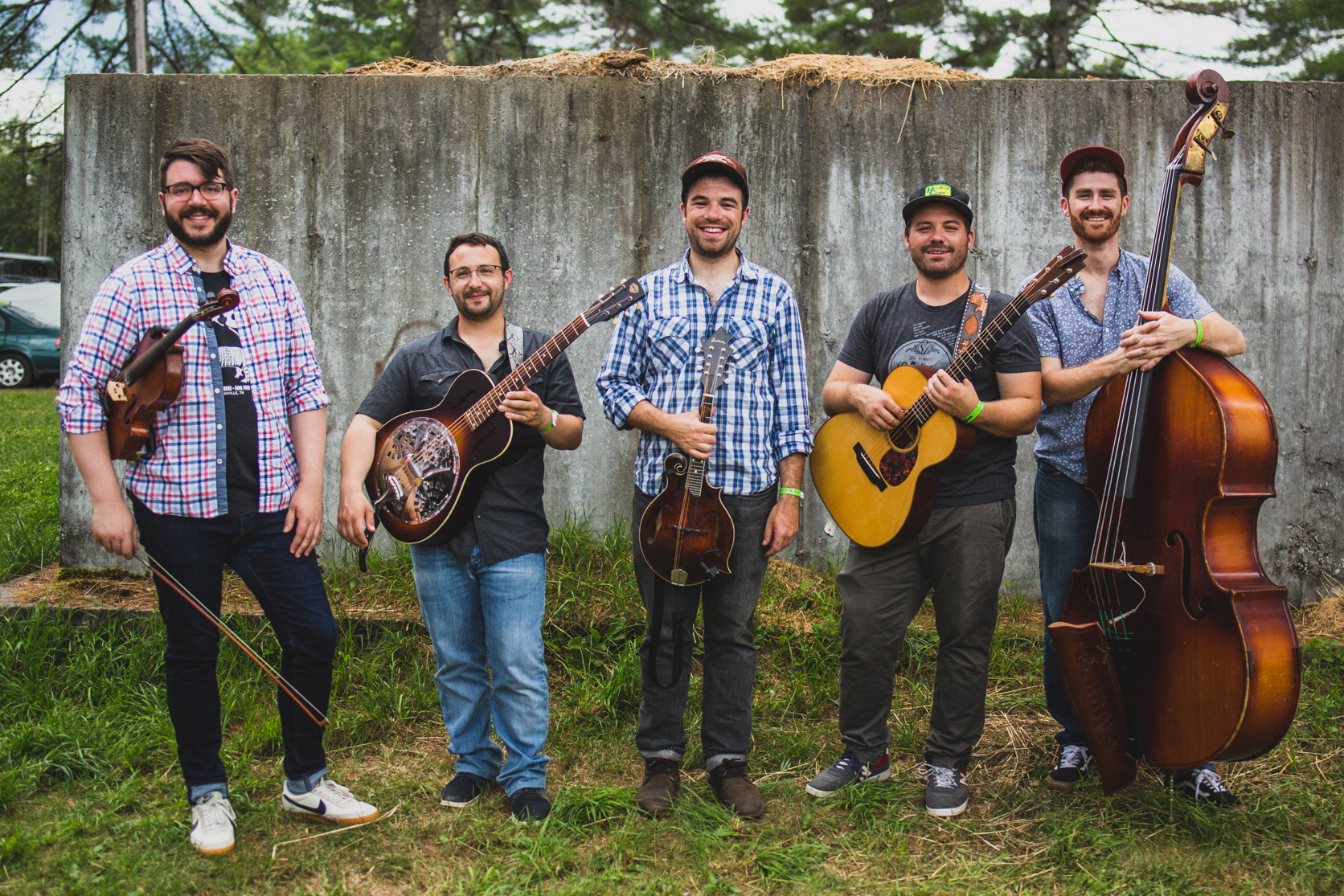 There’s something about a record cut by a bunch of folks that have put as many miles on their fretboards of their instruments as they’ve put on the van’s odometer. Gasoline is Boston, MA quintet Grain Thief's first release since 2018's Stardust Lodge. While that release explored the boundaries of Americana, the new record showcases the group's core as a roots string band. It's a musical snapshot of the band's true live sound. Climb on in, turn the key, and give ‘er some gas. I promise you’ll be in for a lovely ride.

There’s no room to fake it when it’s just the band, acoustic instruments, and a microphone. Patrick Mulroy (guitar, vocals), Zach Meyer (mandolin, vocals), Michael Harmon (bass, vocals), Tom Farrell (resonator guitar), and Alex Barstow (fiddle) have grown as individual musicians, and Grain Thief has grown as a cohesive musical unit. Gasoline is a more refined and polished work than the band’s prior releases. “We made a conscious choice to narrow our focus and create an album that was more cohesive and reflective of our live performance” says Harmon.

While on past records (the Animal EP in 2015, followed by Stardust Lodge) the band would track individually, Gasoline represents an intentional departure from that process. “Our goal was to record everything as we would play it live, with as few overdubs as possible” Harmon tells. Determined to emphasize their identity as a string band, Grain Thief recorded the bulk of Gasoline with the whole ensemble recording in one room at the same time. Indeed, this is a band that walks the talk, and the easy grace with which the record unfolds belies the elegant intricacy that lies therein.

Written across the Northeast at late night parties, on airplanes, rolling down the highway, and whilst killing time at various and sundry day jobs, the band pulled from everyone’s experience and influences to create a piece of art that is both nuanced and possessed of a tangible internal cohesion. They play together whenever possible - and at least twice a week - to maintain their melodic brotherhood at the highest level.

Once the band had Gasoline written and the music had become second nature – they even did a retreat to Cape Cod in the desolate dead of winter to dive headfirst into the new material – they headed to Wachusett Recording in Princeton, MA to track. Joining them for the sessions was producer Dan Bui from Twisted Pine. “We have grown as musicians and as a band,” says Mulroy. They have also grown closer as creative companions, and their new more roots-focused sound is a natural progression from prior releases. Gasoline is the sound of a band fully finding their musical sea legs, rather than a group of musicians just recording some songs. Both timely yet inherently timeless, Gasoline will no doubt find its rightful place in the canon of American music.

Grain Thief has toured the north, south, east, and west of the U.S., playing stages large and small. They have graced the stages at the Greyfox Bluegrass Festival, Hempfest, Podunk Bluegrass Festival, Thomas Point Bluegrass Festival, Ossipee Valley Music Festival, UMS Music Festival, and Rockygrass, among others. ‘Gasoline’ reached #8 on the AMA Bubblin’ up chart, #81 on the AMA/CDX chart, #25 on the NACC Folk Chart, and #7 on the weekly top Americana Country chart. Their previous record, ‘Stardust Lodge,’ reached #17 on the Folk DJ Radio Album Chart, #4 on the Roots Music Report Folk Album Chart, and #1 on the Roots Music Report Traditional Folk Album Chart.
Promotional Materials 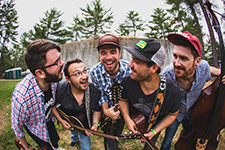 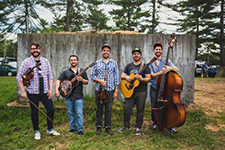 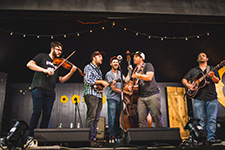