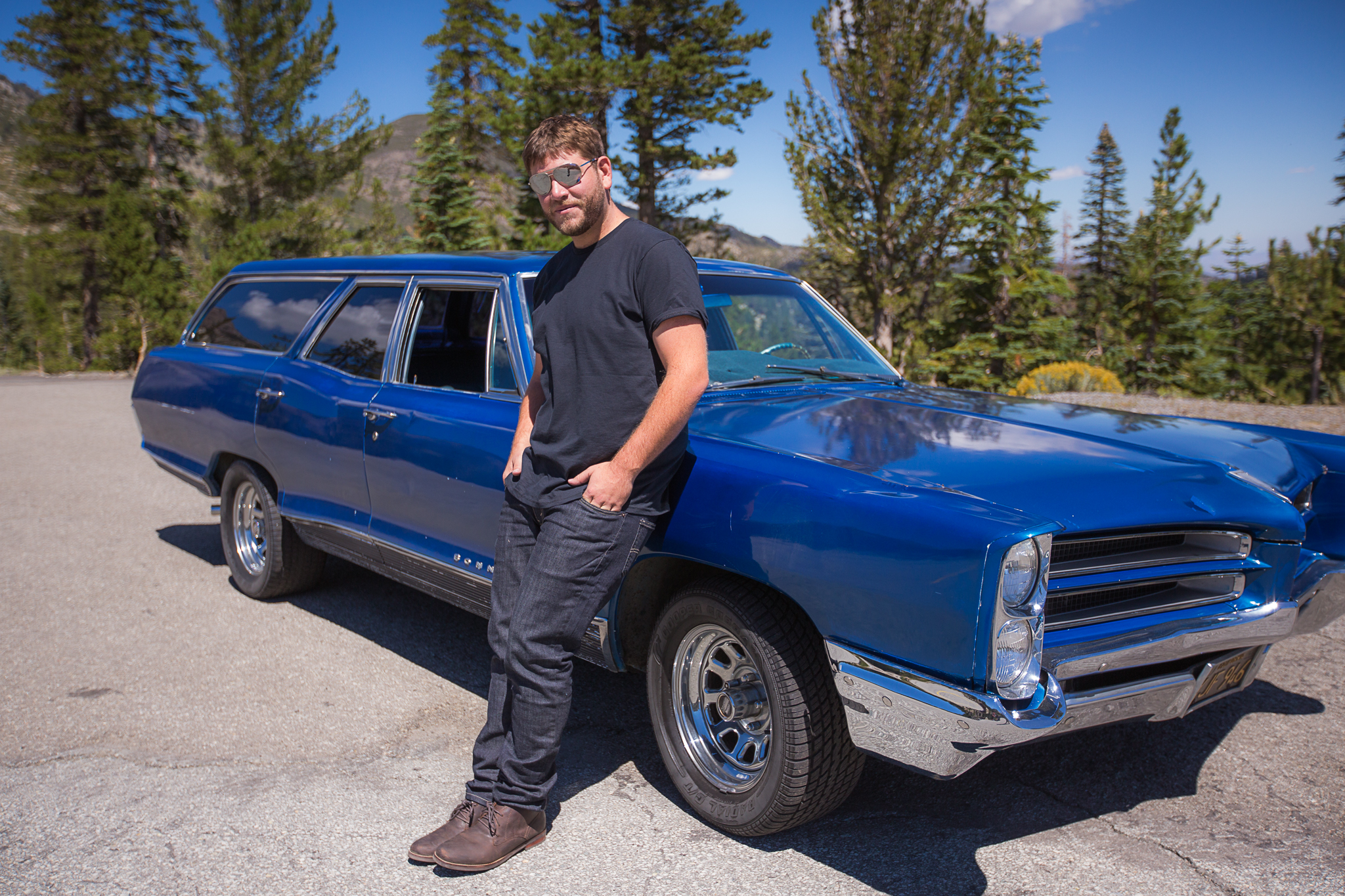 (Lake Tahoe) – Sam Ravenna’s new album Fragile picks up where his self-titled EP left off, diving deeper into the world that drives Ravenna as an artist. On the new album he explores themes of the fragility and fluid nature of life. Through life’s challenges, injuries, a mental health breakdown at the age of 22, he muses on his amazement of human resilience and how we can adapt, grow and change through life’s ups and downs. The new album, a testament to Ravenna’s artistic nature, illustrate his experiences of life lived, and loves found and lost, all laid out for the world to absorb. Fragile is due out Oct. 19 and will be available everywhere.

Ravenna crashed onto the scene in 2017 with his self-titled debut EP which was hailed by the Tahoe Weekly, ”a clear statement of an artist intent on breaking new ground” The Berklee College of Music graduate and Lake Tahoe based musician, Sam Ravenna, has spent the bigger part of the last decade as a side man for many artists including Eric Lindell, Cas Haley, Tubby love, and Peter Joseph Burtt & The Kingtide. He is a seasoned touring musician, and has produced and collaborated on a handful of records for many national acts. His prior projects highlight his love for music and vast talents as he delved into more genre specific works including the funk powerhouse band "Rapplesauce" and the reggae-dub project "Samily Man". Both of which have received critical acclaim.

Now with his first full length album, Fragile, Ravenna further explores his sonic range and continues to establish himself as a chef in a soul kitchen by blending ingredients of electro funk, hip-hop and classic and modern soul. He has pulled together an all-star band consisting of players from some of the best touring acts in the country. Members of Turkuaz, Nahko and Medicine for the People, Odesza live band and more lent their hand to Sam Ravenna's songs, complimenting his intricate arrangements and uncompromising electric sound. Sam Ravenna’s Lake Tahoe based band comprises of Sam Ravenna (Bass/Vocals), John Riley (Drums), Cory Hall (Guitar), and Brian Silverman (Keyboards).

For the recording of the new album, Ravenna and his band set up an extensive studio at the Lake Tahoe house of drummer and audio engineer, John Riley. They laid the foundation for a 14-track album, all while being inspired by the views of the massive alpine lake just outside the studio window. Prior to the session, John Riley acquired a legendary mixing console named the “Gamble.” Jim Gamble, Riley’s neighbor and a pioneer in console design, created the mixing desk which colored most of the audio on the record. Tracks were recorded by featured artists including Rob O’Block (Frank Foster) who recorded guitar for some of the tracks in Nashville. Scott Flynn of Odesza, Pretty Lights and John Brown’s Body, wrote and recorded almost all of the horns, and Max Ribner and Tim Snider (Nahko and Medicine for the people) contributed strings and horns. Cas Haley (America’s Got Talent 2007 Runner Up) recorded his vocals from Paris, TX, Reed Grimm (American Idol semi-finalist), and Ben Teters (Satsang, Palmslap), and Mark Sexton (Sextones) all make appearances too. Fragile was mixed at Moresound in Syracuse, NY, by mixer Jason “Jocko” Randall.

The new album is stacked with standouts including the lead single “I like it Here” due out later this month. “It is less of a “love song” and more of a “like song”,” recalls Ravenna, “It’s about first meeting someone that you connect with, not wanting to get in this person’s way, or jumping to conclusions but being open to the possibilities of a closer relationship.” “Let It Be Known” is another exceptional track, and the first verse and hook were written while Ravenna was at a writing retreat with Cas Haley and Ben Teters, and later they co-wrote the second verse along with Reed Grimm. Ravenna recalls, “It is about not approaching “Heaven” or Salvation in a dogmatic sense, where these things are achieved in the afterlife, but rather being able to access them right here in this moment.”

“U GIVE ME SUMTHIN” is a classic motown flavored love song that opens the new album. “Reed Grimm and I wrote this song while we were on the Big Island of Hawaii about our amazing partners. The big idea is that Love is such an original part of the human experience, yet it’s still a miracle when we experience true love today,” comments Ravenna. The album is juxtaposed with closing track “Abigail.” For Ravenna ‘Abigail’ is about trying to please someone that just can’t be satisfied, and how draining that can be. The psychedelic elements of this track contribute to the ominous feeling that the relationship might end, “because no matter how hard I would try nothing was ever good enough.”

“Comprising 14-tracks, the album blends elements of electro funk, hip-hop, and soul into scrumptious sonic concoctions. Highlights include "I Like It Here," ….A soul-filled R&B tune, it rides a creamy melody and features Ravenna's lush, velvety tones.”

“With lush instrumentation backing him up, Ravenna tantalizes the listener with smooth and buttery vocals to make for a sultry nugget of blue-eyed soul.”

“Ravenna demonstrates his falsetto range right from the top. A noted bassist, his countermelodies take on a life of their own: one part Paul McCartney, one part Quincy Jones.” 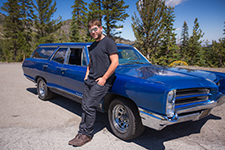