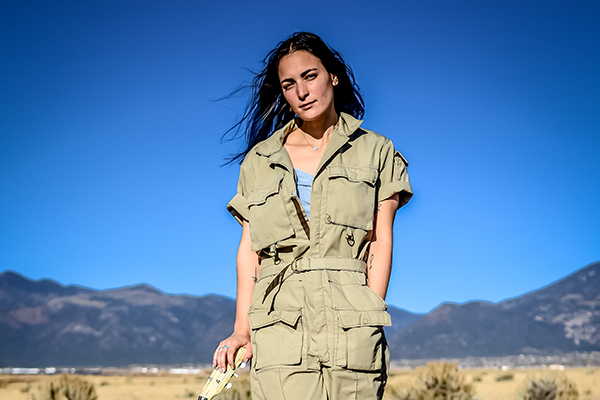 Cristina Vane, is an Italian born, emerging Americana artist out of Nashville. Her signature bottleneck slide guitar playing, travis picking, and clawhammer banjo are tied together by her silky, powerful voice and her vivid songwriting. Vane’s musical perspective is decidedly unique and authentic.

After graduating from Princeton with a degree in Comparative Literature, Vane moved to Los Angeles where she worked at McCabe’s Guitar Shop. She studied fingerstyle guitar with mentor Pete Steinberg, and spent every free moment working on her music. Those years pushed her to explore country-blues picking and old folk guitar styles.

After almost four years in Los Angeles, Vane knew it was time to take her music on the road. She quit her jobs and booked a five-month cross-country tour, playing small bars, breweries, coffee shops, clubs, and backyards wherever she could, exploring the country she was both from and foreign to. The experience was life changing and resulted in her first full length record. “Each pocket of the country has its unique flavor and discovering the musical stylings that go along with that really informed this record.” Her debut release, “Nowhere Sounds Lovely” was produced by Grammy-award-winning drummer and producer Cactus Moser. Moser also played drums on the record; his style “has some grit and some rock, mixed with these really awesome references to traditional roots music,” says Vane.

Cristina’s authentic sound is compelling, and has resulted in direct support opportunities with Bob Weir, Wynonna Judd, Cass McCombs (The Fillmore SF), Town Mountain, Duane Betts, and Willi Carlile. She sold out her 2021 Station Inn debut and was featured in the Bank of America ad. for Ken Burns’ “Country Music” documentary.

Vane’s next album will be released spring 2022, and is being co-produced by Brook Sutton, Jano Rix (of the Wood Brothers) and Cristina herself, and includes appearances by Billy Contreras, Kyle Tuttle, and Bronwyn Keith Hines.

She has enjoyed a strong and supportive online following for years now, with million view counts on her own channel, as well as collaborative videos with 3M + Views . She recently was featured in two videos on the Western AF channel, “Wishing Bone Blues” and "Travelin' Blues" with another in the works.

"When you watch the video for “Badlands,” the first single from Cristina Vane’s forthcoming debut LP Nowhere Sounds Lovely, the first thing that catches your eye is the bottleneck on her finger. Like a young Bonnie Raitt, Vane sings from both her voice and her supple, bluesy guitar playing almost simultaneously–her sound as earthen as the South Dakota landscape with which she sings about on “Badlands.”"

"... Leaning heavily on old school rock and pre-war blues, Vane’s songwriting explores gospel, bluegrass, delta blues, country and even waltzes, resulting in a patchwork quilt of influences, both old and new... Though she may not be a United States native - admittedly still referring to herself as an outsider - Vane captures the sound and essence of American music to a T. From amber waves of grain to purple mountain majesties, Nowhere Sounds Lovely proves that Vane is more ingrained in western culture and music than many who’ve lived it their entire lives.” 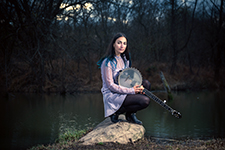 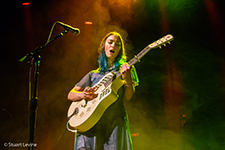