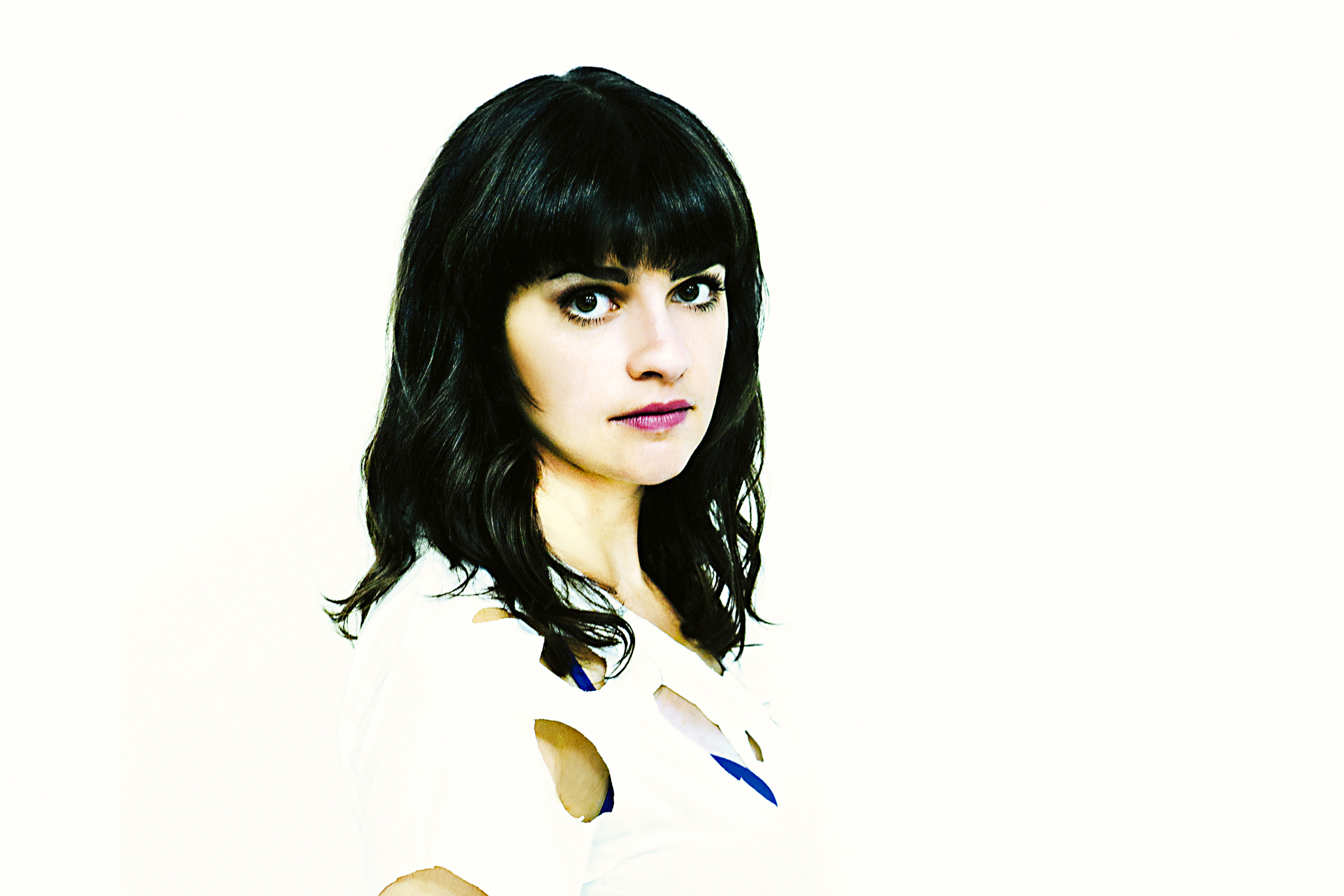 Rachel Baiman’s June 2017 label debut Shame was featured on NPR’s “Songs We Love”, called a “Rootsy Wake-up Call” by Folk Alley, and described by Vice’s “Noisey” as “flipping off authority one song at a time.” Now Baiman has announced Thanksgiving (out November 2 on Free Dirt Records), a self-produced four-song EP, featuring her live trio as well as special guests including Molly Tuttle and Josh Oliver

Thanksgiving is a collection of music to inspire an introspective holiday spirit. The songs center around themes of Indigenous Rights, home and homelessness, and love in hard times. “Thanksgiving has always been one of my favorite holidays,” says Baiman. “But two years ago in November, the fight against the Dakota Access Pipeline was in full swing, and it just got me thinking about how the relationship between indigenous and white people in this country has hardly changed at all over the years. The irony of Thanksgiving being celebrated right as people were being arrested and sprayed with water guns for protecting their right to clean water really hit me”.

The EP opens with the jovial sounding “Tent City” which features a hard-driving bluegrass band. However, the slaphappy sound becomes erie as the lyrics sink in , The song is from the perspective of a man who has fallen from his picturesque middle class lifestyle into homelessness and addiction. Yet the matter-of-fact delivery huamizes his story and gives context to a character who might otherwise be treated as a statistic.

The collection is not all doom and gloom, however, as the first two darker tracks are followed by the cheerful John Hartford number “Madison Tennessee. “I’m getting married this year,” says Baiman, “My fiance and I recently moved out to Madison and have been fixing up a little cabin on the river. I spend so much time traveling, it’s an amazing feeling to finally put down some roots and work on creating a magical and inspiring space. This Hartford tune makes me feel giddy about home and for me thats what Thanksgiving is all about.” “Madison Tennessee” features bluegrass guitar virtuoso and Americana Music Association “Instrumentalist of the Year” Molly Tuttle, who toured in a duo with Baiman in 2018.

“Times Like These, the EP’s final track, features guitar player and singer Josh Oliver, another of Baiman’s frequent musical collaborators. Ending on an uplifting note, the song is a testament to the good that gets us through the bad. “Open the window / And let in the breeze / Darling I need you / Living in times like these,” sing Baiman and Oliver in emotive harmony. Oliver’s beautifully tragic voice hits the listener like teardrops on a page.


Baiman’s Thanksgiving is an intriguing follow up to Shame, allowing her a chance to stretch out stylistically, moving effortlessly between bluegrass, to bolk, old-time and country. The bittersweet lyricism she’s become known for conveys the push and pull of hardship and hope we often feel during the holiday season.

Raised in Chicago by a radical economist and a social worker, Baiman was surrounded by social justice issues her entire life. “If I wanted to rebel against my parents I could have become a finance banker or a corporate lawyer” she says of her childhood. While her classmates went to church or temple on Sunday mornings, Baiman attended the Ethical Humanist Society of Greater Chicago, a non-religious community formed around discussions of morality and current events. “That was always a tough one to explain at school” she says with a laugh.

As a teenager, Baiman found music to be a welcome escape from worrying about global politics. “I often found the constant discussion of seemingly unsolvable problems to be intense and overwhelming, and when I moved to Nashville to pursue music it felt like something positive, beautiful and productive that I could put into the world. Now that I’ve had some years to devote to music,”—Baiman has been recording and touring internationally for the past 4 years with 10 String Symphony, and has played fiddle for numerous other artists including Kacey Musgraves and Winnipeg folk band Oh My Darling—“I find it hard to escape from the values that I grew up with, and I feel compelled to write politically, to speak out about things that I’ve experienced or seen. Songwriting is a unique opportunity to do that, because it avails a more emotional vehicle for discussion. I love the political tradition of folk music, from Woody Guthrie to Tupac, and my hope is that this record adds another voice to it.”

"Recently, though, 27-year-old Baiman has been reckoning with other aspects of her roots and testing her music's potential to carry a timely message."