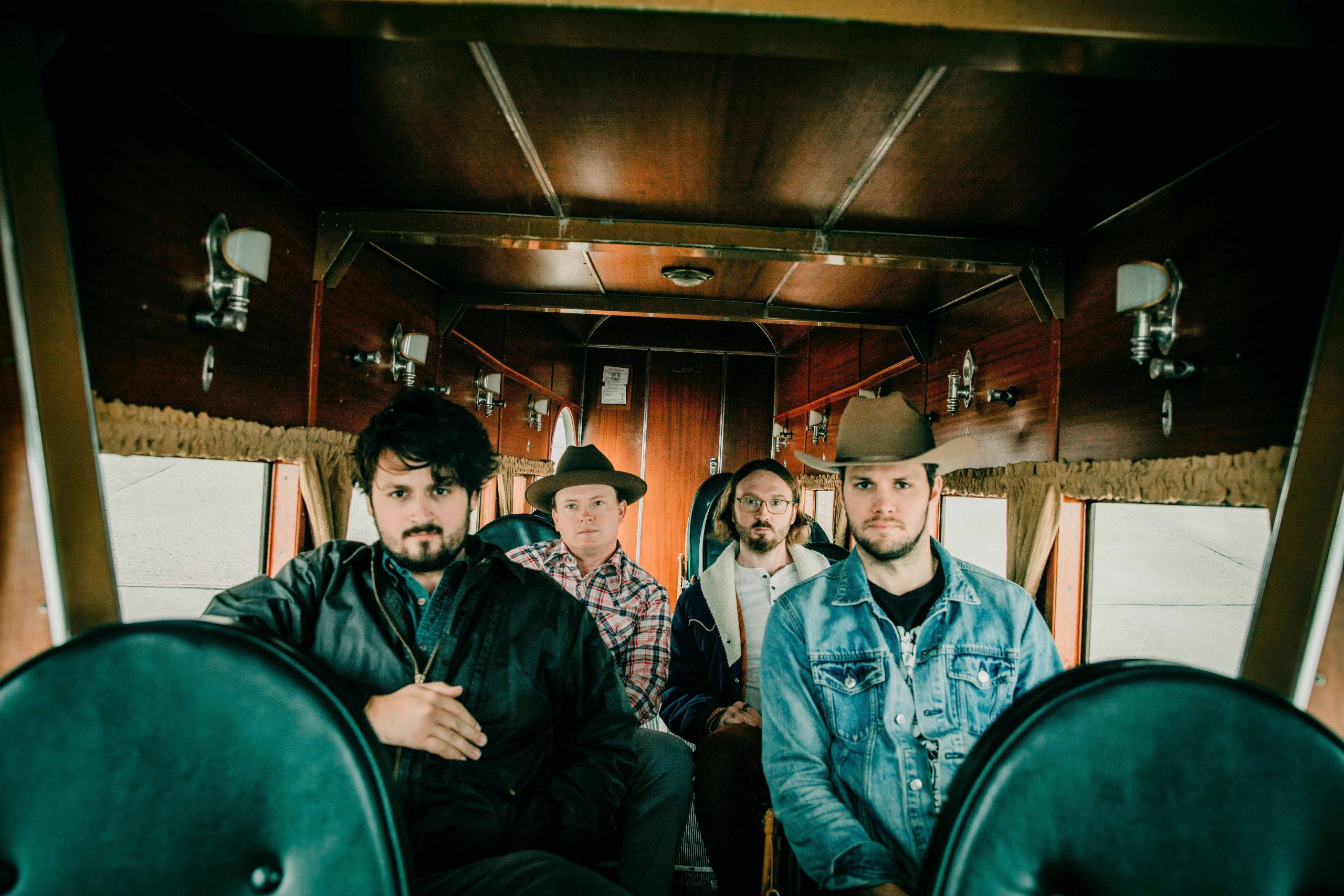 An award-winning bluegrass band inspired by the traditional as well as the unconventional, The Wooks have established a distinctive sound through original songwriting, exceptional musicianship, and outside influences ranging from jam bands to Southern rock. Their exhilarating third album, Flyin’ High, offers a refreshed lineup of the group, even though its members have been crossing paths with each other at music festivals for years.

“I'm proud of the quality of words, especially from the guys in the band, because they didn't really share their songs with me until we started working on this album,” says CJ Cain, one of the band’s founders. “Everybody goes through that process where they start writing songs and then they take the leap of like playing them for someone else. I love the songs that I wrote on it, but I'm very pleased with their level of writing, too, particularly because they're younger than me. It’s pretty inspiring to see.”

As the band’s guitarist and one of its three lead singers, Cain has kept his home base in Lexington, Kentucky, throughout the evolution of the Wooks, which started as a low-key duo in 2014. The lineup now includes Harry Clark on mandolin and vocals, George Guthrie on banjo and vocals, and Allen Cooke on Dobro, with the latter three musicians based in Nashville. A few different bass players stay in rotation on the road, filling out the ensemble’s driving sound.

Rather than repeating the formal studio experiences for past albums, The Wooks recorded Flyin’ High over two sessions in Nashville in the home studio of bluegrass guitarist Jake Stargel. As the album’s engineer, he brought an easygoing vibe as well as acoustic expertise to the project. In addition, the band stepped into the role of producer for the first time.

“Jake took a much more live approach than our previous recordings,” Cain recalls. “This album has a lot of solos and vocals and all kinds of stuff that’s just the raw take. There's no click track. We were trying to get a sound like Bela Fleck’s Drive album or Tony Rice’s work at Arch Studios with Bill Wolf. That live feeling. So much of bluegrass these days is autotuned and fixed to the point of perfection. We were trying to run away from that quickly as possible.”

After Tony Rice’s death in December 2020, Cain wanted to honor his legacy in some way, so he cold-called Bill Wolf to see if he would master the album. Wolf wrote back, asking to hear it – and then elevated Flyin’ High to the next level.

“For a guy who’s done iconic albums all his life, he put a ton of work into this,” Cain says. “Bill told me to listen to it to see if I was satisfied with it, and I was like, ‘Man, what am I supposed to listen for?’ And he said, ‘Is it fun to listen to?’ I think he accomplished that.”

An adventurous spirit emanates from the album’s lead track, “What the Rocks Don’t Know,” composed by Arkansas songwriter Willi Carlisle and one of the album’s two covers. “We can all relate to that song because it’s about the traveling life, and what you may encounter out there,” Harry Clark says. “All of us have had that time in our life where we're on the road, whether it has to do with music or just traveling and bumming around, which I've done quite a bit out of my life. Just going out on the road and getting lost out there.”

An Arkansas native, Clark came into the Wooks in 2018 in a roundabout way. At 14, he first heard Cain playing guitar in a bluegrass band called NewTown at a local festival but didn’t get to know him until IBMA (an annual bluegrass conference) in 2017. Clark was there playing guitar in another group, whose lead singer subbed for the Wooks’ mandolinist during the latter’s set. Clark had met the Wooks’ other founding member, Arthur Hancock, during a radio interview a few years earlier, and they had stayed in touch. That night, Hancock mentioned that the Wooks needed a full-time mandolin player, and a few months later, Clark landed the gig.

A talented lyricist with an eye for detail, Clark contributes four songs to the album: “Tennessee Girl,” “New Peace of Mind,” “Black and White,” and “Little While.” Cain’s new songs include “Mudfish Momma” and “Butler Hayes” (both written with Eric Cummins and Ray Smith), as well as the title track and “The Other Side.” As a nod to a songwriting hero, the Wooks also give a freewheeling acoustic update to John Prine’s sweetly comical love song, “Iron Ore Betty.”

An accomplished banjo player with roots in the Denver music scene, Guthrie composed the buoyant instrumental, “Madison Chimes.” He also wrote “Virgil’s Prayer,” one of the album’s darker songs, after watching the Netflix series, Ozark. He observes, “All of us write similarly enough that the songs could be on the same record, and in the same band, but we all approach it a little bit differently.”

Guthrie has played with the band on and off since 2017, after Hancock left the Wooks due to a hand injury. However, because he’d already learned about the band through his friendship with Cooke, Guthrie watched the group win the Rockygrass Band Competition in Lyons, Colorado, in 2016. Meanwhile, Cooke had befriended Cain about a decade earlier, because both of their families were regulars at Rockygrass Bluegrass Festival.

While their origin stories are diverse, all four members of the Wooks have forged a common bond that honors individuality and innovation. But with minimal shows to road-test the material on Flyin’ High, Cooke speaks for the band when he says he’s eager for fans to discover these new songs – on the album as well as the stage. “This band is definitely not a band that is set on keeping things to the way they sounded on the record,” he says. “We’re all about keeping these songs fresh, allowing them to evolve as shows go on.”

With one foot in Kentucky Bluegrass and the other in a galaxy far, far away, they are post-modern grassers at heart

Their sound is decidedly young and modern, but with a clear influence from all the classic bluegrass created in their home state over the years 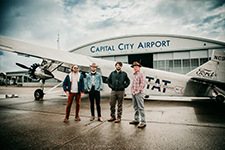 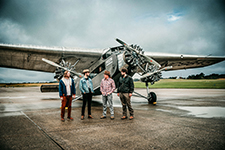