Beginning in December 2019, Arthur Hancock (guitar) and Chris Shouse (mandolin) formally began writing and rehearsing under the duo “Hancock & Shouse”. Longtime friends and collaborators, Hancock and Shouse fell into a groove that quickly ignited the spark. Through happen-stance, the pandemic and the stars fully aligning, they recruited three fellow friends to join - Aaron Bibelhauser on banjo, Jeff Guernsey on fiddle, and Roddy Puckett on bass.

Recognized as a band to watch in 2021 by the Lexington Herald Leader, the group landed on Wolfpen Branch, a name that pays homage to a creek on the Roberts’ family property in Estill County where famed Kickin it on the Creek occurs and also a nod to the band’s Louisville ties, which has a road named the same.

Arthur Hancock IV is a 5th generation Kentuckian and is a founding member and former lead singer of The Wooks, which won the band competition at Colorado based music festival Rockygrass in 2016. Other accomplishments for Hancock as a member of The Wooks include winning the 2017 Lexington (Ky.) Music Awards for Album Of The Year (Little Circles) and Song Of The Year (“County Girl”) as well as a nomination the same year for Band Of The Year from the International Bluegrass Music Association’s (IBMA) Momentum Awards. While with The Wooks, Hancock began to experience hand discomfort in 2017, and was forced to quit playing banjo and switched to the guitar. He left The Wooks in March of 2019 after his injury progressed. However, soon thereafter he was able to teach himself how to play guitar again and got back to writing and performing, releasing the Alive At Hillbilly Central EP in September 2019 that includes the song “Wolfpen Branch,” which later became the inspiration for the band’s name. In addition to playing with Wolfpen Branch, Hancock is also a current Board Member of the IBMA Foundation. Wolfpen Branch is also a proud Tunes Ambassador for the Can’d Aid Foundation.

Chris Shouse is an educator currently based in Madison County, KY and a former founding member and lead singer of Louisville-based 23 String Band, 2011 winners of the Rockygrass band competition and 2014 Bluegrass Artist Of The Year at the Louisville Music Awards. He has also performed in the 2014 movie “The Song” as well as sharing the stage with The Wooks, Town Mountain and The Del McCoury Band among others at festivals and clubs both in the Appalachian region and nationwide.

Aaron Bibelhauser is a singer, songwriter, and instrumentalist based in Louisville, KY. In addition to writing songs recorded by award winning bluegrass artists including Balsam Range, Del McCoury Band, Michael Cleveland & Flamekeeper, and Dale Ann Bradley, he's taken first place in the Chris Austin Songwriting Contest at Merlefest and earned a nomination for the IBMA's prestigious Song Of The Year Award. An accomplished solo recording artist, radio broadcaster, producer, and session player, Bibelhauser has also been an official showcasing artist and four-time songwriter showcase artist with the IBMA.

Roddy Puckett was a founding member of The Wooks alongside Hancock who first got started playing on stages around Central Kentucky at 19 years old with Green Genes. Highlights in the years since include performing in Ecuador with the New Kentucky String Ticklers, playing with Dark Star Orchestra at All Good Music Festival in 2013 and performing regionally with fellow Grateful Dead cover band Born Cross Eyed for eight years. Other bands Puckett has played with are the Kentucky Hoss Cats, the Very Garcia Band, and Kentucky Wild Horse in addition to recording for several others.

Jeff Guernsey started learning guitar just before his 9th birthday. After 3 1/2 years, he joined up with some local musicians, including his Mom, Norma, and brother, Ivan, and formed “The Country Sounds”. The band played local functions and square dances in Indiana and Kentucky. From there, he played with several groups locally during his teens and twenties, picking up mandolin, fiddle, and banjo. At 29, he joined guitar genius Steve Wariner where he stayed for 4 years, before joining Country Superstar Vince Gill’s band in 1994. He toured internationally with Gill for 6 years, racking up television appearances including The Tonight Show with Jay Leno, and Austin City Limits. In 2,000, he decided to stay home, and has been teaching, performing and recording, mainly locally, ever since, until joining up with Wolfpen Branch
Promotional Materials 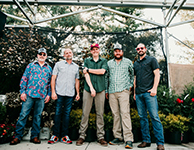 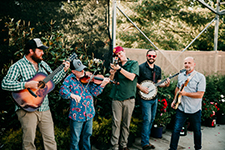 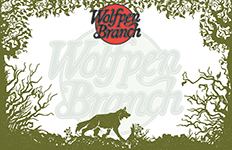 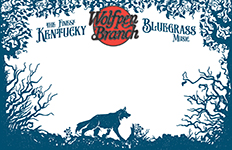